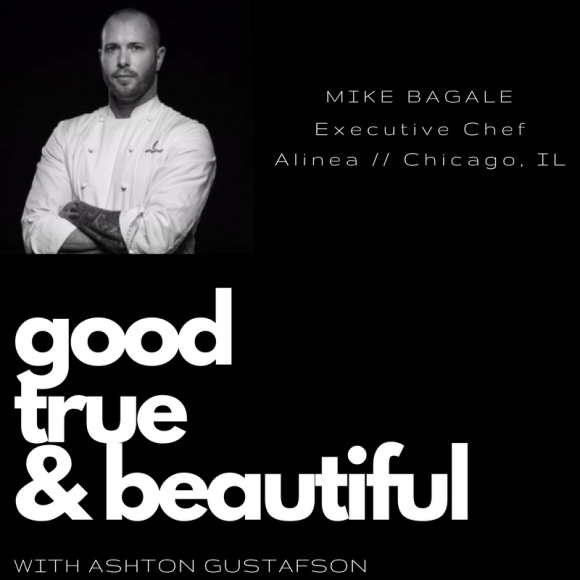 Mike Bagale combines a unique mix of a broadly artistic mind with a calm, pragmatic, and practical approach to running a complex kitchen.

Mike’s artistic interests began in film school, attending Ryerson University in Toronto and the New York Film Academy. In 2002 his interest in cooking began when he enrolled at Florida Culinary in Palm Beach.

In 2004 he began working at the Four Seasons hotels and spent 4 years in their programs from Palm Beach, Washington D.C., and Miami, ending up as the Chef de Cuisine of the 5 Diamond Resort at the Palm Beach property. In 2009, after a successful 2-day tryout, he joined the team at Alinea as chef de partie.

His relentless drive and work ethic moved him quickly up the ladder at Alinea. He was a constant creative collaborator in the kitchen and was promoted to sous chef quickly in 2010. It was that year that he cracked the code to ‘floating food’ with the famous Balloon course. Mike was named Executive Chef of Alinea in 2012.

You stream or download this conversation at AshtonGustafson.com, iTunes, and Stitcher.